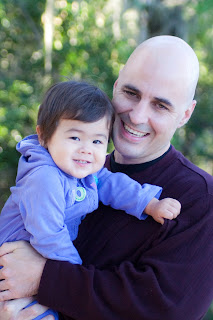 Hubby. Daddy. Entrepreneur.
Currently selling condos, diet supplements, and flip-flop socks (don't ask).
What he wants to be when he grows up: work at a movie theater so he can watch unlimited amount of movies.
He is often forced by his wife to watch sports with her (yes, you read that correctly).
Cartoon character he's most like: Tigger. 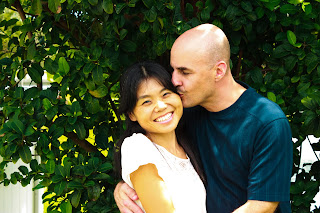 Wifey. Mommy. SAHM. Grad student.
Part-time homeschool teacher (part-time being the key word).
Wannabe writer, photographer, food-critic. Oh, and one of those people who tests new mattresses, that would be a nice job too.
As another of the same kind put it, I'm an "introverted people person" (yes, it's as confusing to me as it is to you). 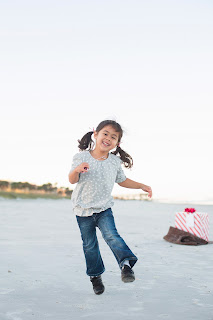 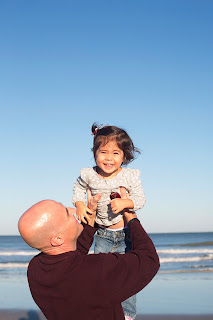 We call her "LittleBit."
"Cute card" is her favorite weapon of choice.
Plays the "baby of the family" role very well.
She is her sister's shadow and parrot.
Girly-girl to the core.
Has OCD and perfectionist tendencies.
Very amiable, but often uses it as a strategy to get what she wants (roundabout way to say "manipulative").
Easy going for the most part, but her sudden episodes of drama show serious promises of future in Broadway. 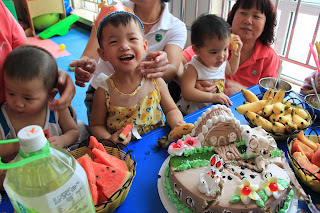 Nickname yet to be determined.
Personality yet to be known.
One thing we know for sure...she will not have one dull moment with her two crazy sisters around!